Domestic violence (also referred to as intimate partner violence (IPV), dating abuse, or relationship abuse) is a pattern of behaviors used by one partner to maintain power and control over another partner in an intimate relationship.

Domestic violence doesn’t discriminate. People of any race, age, gender, sexuality, religion, education level, or economic status can be a victim — or perpetrator — of domestic violence. That includes behaviors that physically harm, intimidate, manipulate or control a partner, or otherwise force them to behave in ways they don’t want to, including through physical violence, threats, emotional abuse, or financial control.

The wheel serves as a diagram of tactics that an abusive partner uses to keep their victims in a relationship. The inside of the wheel is made up of subtle, continual behaviors over time, while the outer ring represents physical and sexual violence. Abusive actions like those depicted in the outer ring often reinforce the regular use of other, more subtle methods found in the inner ring. 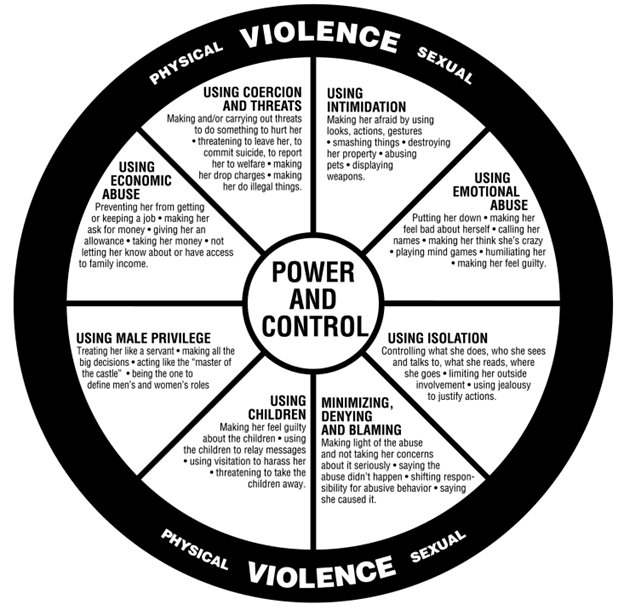